Getting to the Bottom

Twitter…What is it? How is it used?  How is it useful?  Over the course of my investigation into the answers to these questions I learned so much more.  In this blog post I am going to take you along on my journey, my adventure through blog posts, web articles and comments on Twitter.  The good, the bad…and the u…well I guess there were only a few ugly I saw, but I won’t share those with you…nobody likes ugly.

The first post I read was an article entitled, More on Academic Twittering: Breaking Down the Classroom Walls.  This article commented on the change in the social culture of schools and how some people believe that social communities on the web overlap with learning communities.  They mention that it is only natural to incorporate these into the learning of college students.  Although the article did not comment on how exactly Twitter could be used, it focused on why it should be incorporated.  The author cited some opposition to this idea by explaining that many college students find this an invasion of their personal space.  This brings up a very important point.  How can we incorporate these into schools and institutes of higher education in ways in which privacy is preserved?

From this article I moved on to a blog post, Been There, Tweeted That.  In this post the author expressed their frustration with Twitter stating that they, “gave it a try” but just couldn’t justify the benefit when compared to the time.  Although this post did not further my understanding of how to use Twitter in the classroom a comment posted by a fellow reader and Twitter user really helped when she wrote that, “ twitter is an awesome tool to ask for help, get others attention to student Web 2.0 creations, share great URL's, blog posts, and more. I think you missed the concept of following LOTS - build your network, build your profile, share and post frequently, but also to update who you are following and remove those you don't like."  AH HA!  Asking for help, sharing urls…okay now I am getting the picture now…I was seriously concerned as I was doubtful of the usefulness of Twitter in the classroom.  From my understanding people were simply stating what they were doing.  But my new understanding was that they actually had information to share and were doing so….but how do you weed out all of the, “I am going to bed right now” tweets.

My understanding was further aided by the next blog post, #Gr8t Tweets .  In this article the author tells us of a new wiki page where Twitterbugs can go and post their favorite Tweets.  He calls it , “deli.ci.ous for Twitter”.  Using this wiki you can streamline who you follow to discard irrelevant or too frequent tweets.

Okay…useful posts, streamlined follower list…and now to bring it all together is the last post I read, which I found the most informative. Twitter? It’s What You Make It, the name says it all.  This article explained not only all of the lingo that is associated with Twitter, ie. Tweet, @username etc., but he explains how it can be used to research, share information, ask questions, or simply poll.

Keeping all of this information in mind,  I need to ask myself how I can see it used in education?  In my role as a high school teacher I would have to say that it would be most useful as a collaboration tool between teachers.  Teachers often comment that they feel so isolated in their classroom and there is just not enough time to collaborate.  If each teacher shared one comment every day, think of how much information sharing is possible. Many teachers attend interesting conferences and take courses independently and the information is limited to that one person.

It terms of the use of Twitter in higher education professors could have students follow them and they could share references and materials through tweets throughout the semester.  It would be so much faster than the typical “forwarded” messages that clog up e-mail accounts.

So what is next…I am off to my twitter to see who is tweeting today…and what they are tweeting about….it may be time for some judicious decisions…who to follow and who can tell someone else about their bagel…with cream cheese… 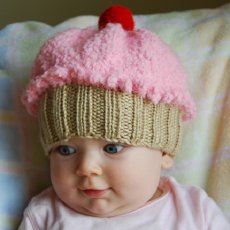